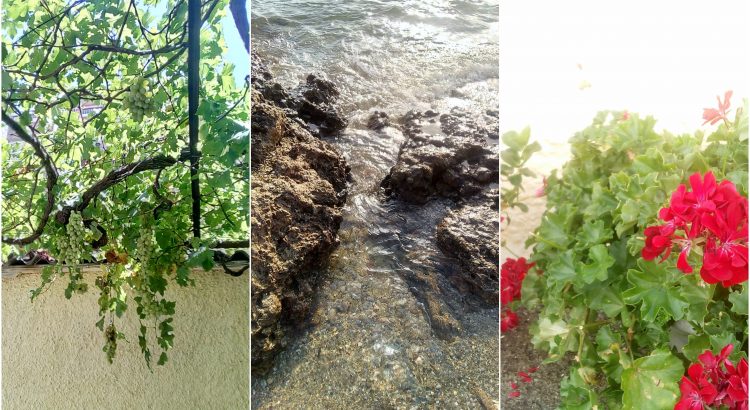 It’s the middle of September and, for as much as I had wanted autumn to come, I can’t believe it’s here and the schools are open and ohmygodimreallylosthalp.

I had prepared another blog post to post at the beginning of the month. One where I described how much writing I did during summer despite the heat, and how I was finally going on vacation and, pretty much, how excited I was for September. But things happened, things that include a) a bike accident that left us (healthy but) without a bike for two weeks and, unfortunately, no holidays and  b) the adoption of a kitten that left us with no sleep and too much excitement to be able to do anything else.

The fact that the vacation for which I suffered this damned summer was cancelled had an impact on my creative process. It’s been two full weeks since I wrote a single word. I don’t know if the worst thing is that it was painful to even consider writing or the fact that all these days passed and I didn’t give a fuck.

I guess, sometimes you have to accept that you’re unable to do a thing for a while and give yourself time and take care. I suppose that’s what I’ve been doing, but it’s still scary to move on from this fog without knowing if this time you’ll be able to move forward instead of fall into the mud again.

I don’t know and I care. But any kind of small steps are preferred in lieu of remaining in a standstill. Oh, do I hate standstills.

All in all, I think two weeks is too much. It’s annoying and I miss writing. I don’t know if I’ll go straight up to what I’ve been working, although there are some deadlines in some zines I’d like to meet, but even if I don’t, I’ll work on something else.

One leg in front of the other; it’s the only way. No matter how long it takes.

P.S.: I mentioned a kitten. It’s a great kitten. Blog post about the kitten and pictures of the kitten, soon to come. <3