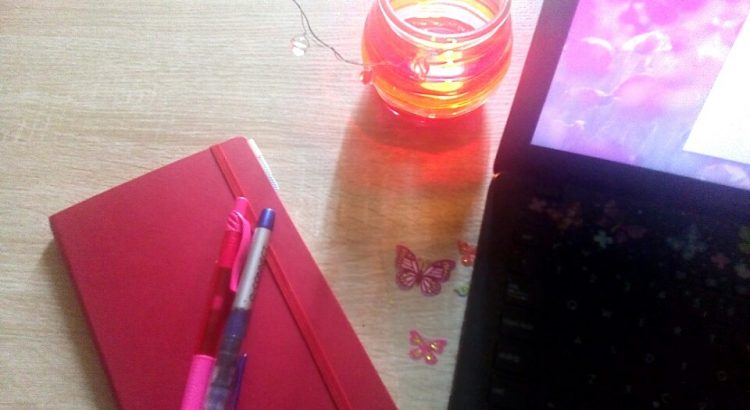 This blog got one year old in June. For better or for worse, only my close friends know about it and I found the nerve to add it to my twitter account a couple of weeks ago. Yesterday, I made an Instagram account and for the first time, I didn’t hesitate. My blog was up there for everyone to see.

I’m an introvert. When I’m outside with people I slip into my “social and functioning” persona and I socialize, most of the times without a problem. Online though, when one would think that I would be able to interact with more people because it’s not face to face and because in the internet social interactions are more simple and less demanding, I still hesitate.

I’m the person that will look longingly at a someone’s tweet and think of a comment and I would start writing it and I would stop. When I will finally write that comment, it will be the awkward one.

Sometimes, in the past, I would even hesitate to tweet if it was something other than coffee. I would get anxious about the language, about the typos, about the fact that no one will care. I would have a friend edit my damn tweets, my posts on tumblr that were three sentences long, and I wouldn’t move unless my friend said it’s okay to post. (Yes, that friend suffered.)

When I started this blog, I did the same thing for the first couple of posts. Then I realized that it was a terrible routine and it would only hinder me if I wanted to post something at 4am and people were unavailable to edit and give me a green light. So, this blog became my experiment. I would write my blog post, I would let it sit, I would edit it a couple of days later, and then I would post it. Sometimes, I didn’t wait to edit at all.

I never shared this blog with anyone but my closest friends, because I loved the freedom it gave me at the beginning to write whatever I wanted without readers, without searching hysterically for typos or wrong grammar. And it worked.

It worked because I finally understood that nothing has to be perfect to be out there. And if I don’t start letting that anxiety go, I would never do the things that I wanted to do.

The answer to this, if I leave it up to my mind, is never.

And I refuse to let myself stop me.

I only have to start and keep moving.

PS: Finishing this post, I considered not posting it because it ended up being too personal and maybe not what I had in mind in the first place. The thing is, I know it’s not terrible and I, also, know it’s not perfect. But I’m posting it anyway.