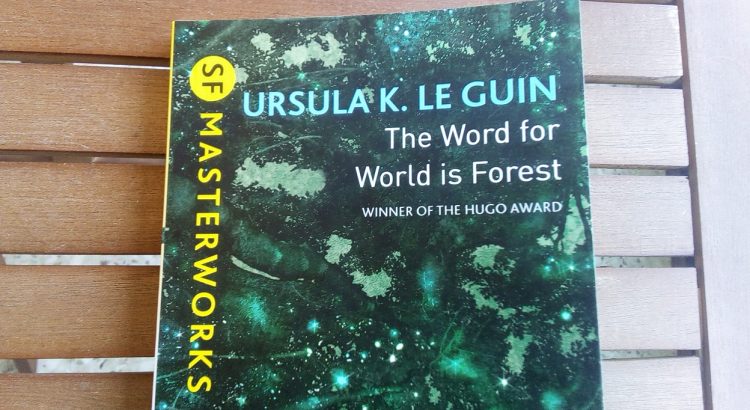 So, what I’m going to do is flail on bullet points about the incredible qualities of this book like a mature adult.

-There aren’t too many books out there that you can read half an eon later and think how spot on they are as an analysis of the modern life. The imperialistic narrative of humans, the denial to recognize anybody else that doesn’t look exactly like them as equals, the blind faith to a system that is long gone to the point of disregarding recent orders because “things couldn’t have changed that much in thirty years” along with the demonization of modern technology make this story timeless. A mirror of the society back then, when the war in Vietnam was still ongoing,  as much as a mirror of the society today, when obstinate white men stuck to the past decide that their way is the best and fuck the rest.

-My edition of this book is roughly 130 pages, with the author’s introduction. Le Guin has a wonderful way of writing personal relationships and conveying their depths without getting into extensive details of the characters themselves. In other words, I still have feels.

-I have a great love for anything tree and forest-y so the culture of the Athsheans regarding to their relationship with the world they lived in is one my favorite themes. Add to that the way they perceived women and men in their culture – and the open criticism to the misogynistic human world, both by the Athsheans and the author – and I’m sold.

“And the world changes wholly, when a man holds in his hand the fruit of that tree, whose roots are deeper than the forest. Men will know it.”

-It climbed easily at the top of my favorite books of all time by Ursula Le Guin.