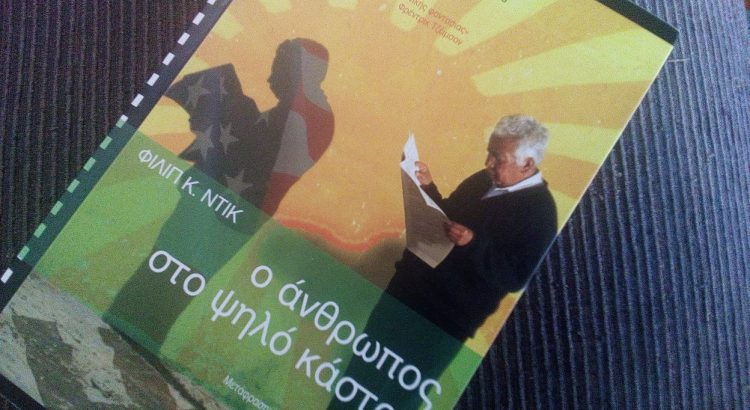 Christmas is around the corner and I wanted to finish the books I’ve started in 2016 before next year, but at the same time I don’t want to, because they are sooo good!

The Man in the High Castle by Philip K. Dick I borrowed this from a friend  just a few days before the elections in the U.S. I thought it would be interesting and thought provoking.

Now, I consider it practice.

I’m reading it in Greek, translated by Christodoulos Litharis, and I love it. I consider it at the same philosophical level as The Dispossessed by Ursula Le Guin (and I love that book). It’s nothing more than a glimpse in an alternate Nazist- encompassed future and it’s, literally, terrifying.

Who fears death by Nnedi Okorafor  I had no idea what to expect from this book other than it’s fantasy in a post-apocalyptic African setting, and if I want to be honest, I already love it. The pure and unapologetic feminism, the obviously modern and timeless signs of oppression towards women, and the beautiful world building that sways away from the eurocentric, colonialist myth and storytelling, are only some of the characteristics that I appreciate deeply in this book.

I think I’m going to write a review eventually because there are so many great issues I want to elaborate on.

TW: To the point that I’ve read on Who Fears Death, it includes a rape scene and clitoridectomy.