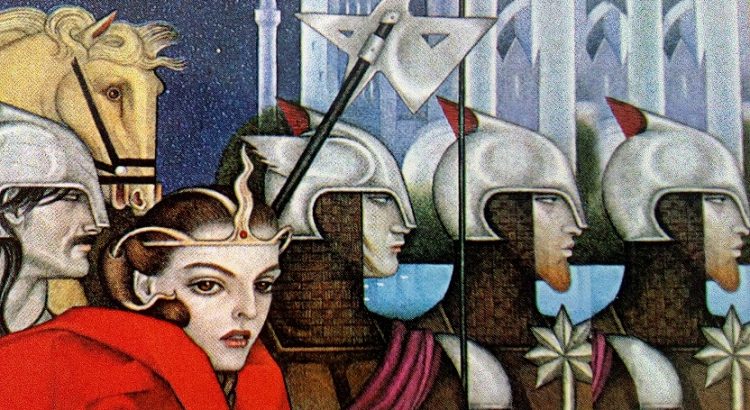 This summer, as many before, my beach read is a book by Guy Gavriel Kay. This year, it’s  Tigana in Greek, translated by Augoustinos Tsirimokos.

To be honest, I don’t know why the hell people add spoilers in their blurbs. This is the blurb in Goodreads on the 99′ edition. 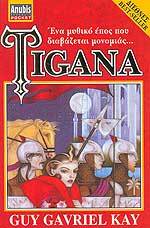 the nine provinces of the Peninsula of the Palm, on a world with two moons, have fallen to the warrior sorcerers Brandin of Ygrath and Alberico of Barbadior.

Brandin’s younger son is slain in a battle with the principality of Tigana, which the grief-stricken sorcerer then destroys.

Years later, a small band of survivors, led by Alessan, last prince of Tigana’s royal house, wages psychological warfare, planting seeds for the overthrow of the two tyrants. At the center of these activities are Devin, a gifted young singer; Catriana, a young woman pursued by suspicions of her family’s guilt; and Duke Sandre d’Astibar, a wily resistance leader thought dead.

Meanwhile, at Brandin’s court, Dianora, his favorite concubine and–unknown to anyone, another survivor of Tigana–struggles between her growing love for the often gentle tyrant and her desire for vengeance. Gradually the scene is set for both conquerors to destroy each other and free a land.

The blurb in the Greek edition didn’t mention the curse, which made the revelation way more interesting. Same goes with Sandre d’Astibar’s identity.

It is a big book (in Greek it was split in two tomes). At this point I’m still almost in the middle of the first tome since I’ve been reading it only on the bus to and from the beach, but Kay’s writing is beautiful as always and his worldbuilding extensive and detailed. It’s too early to talk about the characters . 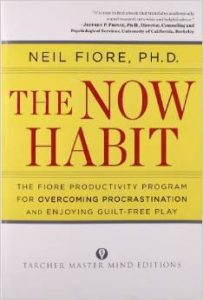 ion was never my strong point and lately I’ve been contemplating adding some non-fiction books in my TBR.

The Now Habit by Neil Fiore is a book about procrastination and how to manage through it, and if there’s a guide that I could read to get some help with my procrastination, then sign me in.

Kameron Hurley featured the book on her blog post the other day among others, many of them I found interesting or already intended to read (like Mary Roach’s Stiff and Packing for Mars).